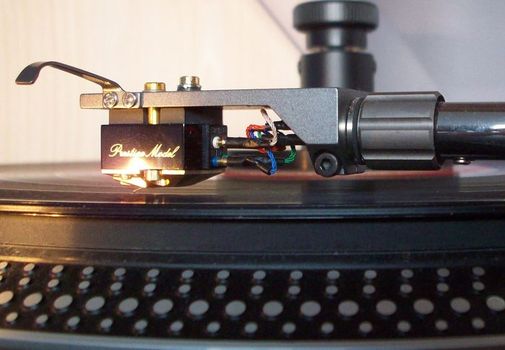 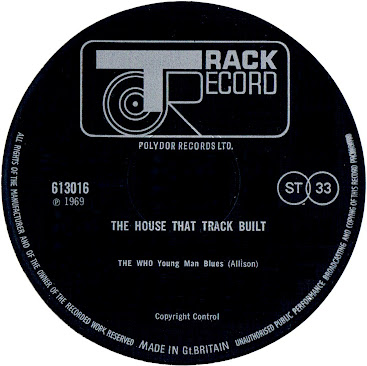 Labels: Stereo, The Who

Another rare gem. Many thanks, Prof!

Hot damn, this is certainly something I never expected to find on here! This is pretty much the only reason to own The House That Track Built. For those interested about this album, here's a good read about it that I've found online. (Don't you just love the old days where companies released all these useless comps but they had this one rare track, making you want to buy it?)

Keith's drumming is on top-notch hyperdrive here, and I just love the dark shreddin' groove (both Pete's guitar and Roger's voice combined) that's been developed on this track. (Gotta love those double-tracked vocals and ambitious ambient reverb, too.)

Now usually I don't ask for requests, but the relation's too great for me to pass up this time. Have you considered doing a rip of the original Who (aka Shel Talmy-produced) version of Circles? I know what the answer may be, especially after listening to a supposed drop from the original 45 on YT, but I figured it was worth a try to ask. (I ask because the tape's been MIA since the year of the 45's release and all subsequent releases of the original on CD have sounded like garbage.)

Wow, I must have missed this track all the years, can that be true ? What a find for me, prof, You did it again. Listening to it with headphones is fantastic. Great work, as usual ! I'm really looking forward to Your next releases. Yours Causinger

Thanks for sharing your thoughts guys (and gals?).

@ Vic, thanks for the link. I do love this version for the reasons you gave, but nothing beats the ferocious piece of aggression that is the LAL version.

RE: Talmy's Circles, great song. I didn't know the mastertape of this was missing. I will pick up a copy of this UK 45 if I see it, but man, these cuttings on the label Reaction are usually insanely loud and distorted, if not for worn grooves (in fact, this applies to most any UK mono 45 in the beat/rock/r&b genre from this period). So, don't hold up your hopes too high.

Correction: it was on Brunswick, not reaction. Same story though.

I'll second the UK Brunswick 45 of "Circles". I believe it was even sourced from the UK 45 on the US "Sings My Generation" album, which is where all the CDs are sourced from.

Even the worn 45 I have sounds so much better than the CDs.

@Prof: Hah, nice catch. I was actually going to correct you on that. (Reaction's the one with that IMO vastly inferior but AQO-style rerecording.)

I worry the 45 won't have any added clarity and will sound just as dull as the CD, though. If you've compared the Brunswick LP to the Classic reissue, you'll know what I mean. (Also relevant: the 2 Circles versions on Disc 1 of the MyGen box set; the alt. has much better clarity and is said to have actually been taken from the master reel.) Still, though, it's probably the best chance we've got (unless somehow some French company got a 1:1 copy of the tape and used it for their 45).

Anyways thanks for taking up my request, man. Hopefully you’ll be able to come up with something good. (In case you’re interested in a relevant read, here’s a thread of recording info; just Ctrl-F "circles")

P.S. After listening to it, I agree that the LAL version wins out in aggressiveness, both in guitar and vocals. But I find both to be equally great in their own way, as a definitive live version and studio version ;P

I think you already answered your own concern, Vic. I am fully aware of & in agreement with you about the mastering differences between the Brunswick & Classic LP, and from what I've heard it's no different for the singles. These were mastered by Decca UK to sound punchy on little clockradio's.

Here are some good needledrops of 45 My Generation:
http://www.youtube.com/watch?v=40rblQJuqGA

and I Can't Explain:
http://www.youtube.com/watch?v=7EgIhT_-BCE

Both are true near mint copies played on a good deck, and you can stream them in hi-res (for youtube standards, that is). They have *that* same dull, compressed & distorted sound.

Still, you've put a seed in my brain, and I will pick up any affordable, reasonably clean copy of the Legal Matter 45 I may bump into.

And thanks for the -once again- interesting link. I read it before, but forgot most of it already.

Thanks for taking the effort to communicate with me the entire way, Prof. It's fully appreciated.

Yeah, in a way, I guess I already knew what to expect. But it'll surely be at least better than the ones available right now (even on the SHM-SACD, where it actually sounds worse, believe it or not). So thanks for offering to keep an eye out for it.

(And thanks for linking me to those YouTube videos! Looks like I'll have another channel to sub to.)

thanks for all of this Prof
AA

just an anecdote re this particular studio track:

back in the late 80s (early 90s?), I went to a 'signing' thingy that John Entwhistle did at a Santa Barbara music shop (don't recall the name of the shop; I think Entwhistle was playing with his own band nearby). I and my bass playing friend were total Who freaks, so we were stoked to be able to meet John in such an intimate setting, get something signed by him, and maybe even ask a few questions.

Anyway, I was able to chat with John a bit as he signed a copy of "Who Are You" I just bought at a nearby shop for me (still wish I could've bought a Live At Leeds, but oh well). I finally asked him if there were plans for a second volume of "Odds & Sods", ie unreleased or hard to find goodies from The Who's studio vaults, and John replied he didn't think there was anything that hadn't already been released. I then (somewhat stupidly, I suppose) said "yeah, but what about the studio version of Young Man Blues?", to which John replied that The Who had never DONE YMB in the studio! I said "but I have a copy of it on a tape", to which John then gave me a glare I won't forget, and muttered something about 'bootlegs' in a VERY disapproving tone.

Well, needless to say that conversation ended right there, but at least I did get my cd of WAY signed!

Anyway, so many thanks for posting this, and for bringing up these memories. Later that weekend, John ended up with my bass player's girlfriend in his bed at the Holiday Inn, but that's a story for another time & place!

thanks again for all you do, Prof! It's ALWAYS a treat to stop by and see more of your excellent work posted here, like Xmas in August!

Great anecdote, MMK! Always good to hear from you. :)

Time for this one to f-f-fade away, Prof. It´s just been released on the "Tommy Deluxe" set.

True dat. But that one is sourced from vinyl as well. I'm letting this one stay for a bit so people can choose.

Thanks a lot! From a big fan of The Who from Lima, Peru. Keep up the good work!

A much belated thank you for this fantastic presentation. - jimmie d

Thank you so much.

WOW! "I Can See For Miles" rocked me!

Thanks for all your efforts. My world is a better place.

Thanks for everything over the years. Have never heard this track sound better.

Thank you Prof. Greetings from Italy